Back To School without Back Pain 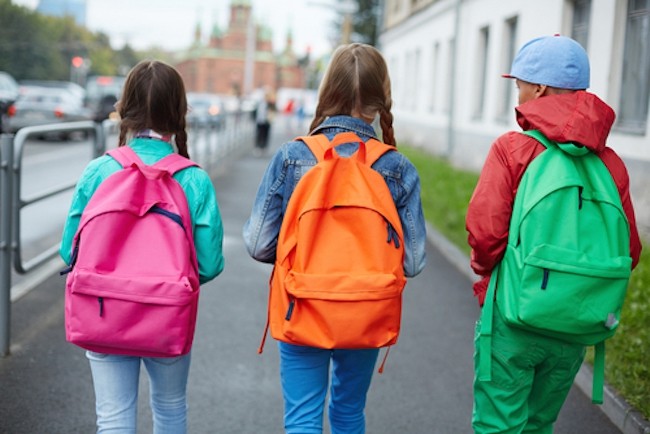 Back To School without Back Pain

Typically, vestibular neuritis presents with an acute onset of vertigo, nausea, vomiting and balance problems.  These symptoms are usually constant and made worse by head movement.  The symptoms typically develop over a few hours, peaking within the first 24-48 hours.  The symptoms will usually last several days before resolving.  At their peak, symptoms are often very severe, and most patients will report that they attended A&E because of them.

About 50% of patients will report a viral illness, like a cold or flu, in the days leading up to the onset of symptoms or at the same time as the onset of symptoms (Furmann and Cass, 1999).  Some will describe a hearing loss in one ear, and this can occur when the entire vestibulocochlear nerve is affected, rather than just the vestibular portion of the nerve.  It is then referred to as labyrinthitis.

One of the most important aspects is promoting active routines so your child has a healthy level of fitness during the school year. The study performed by Spiteri et al in 2017 found that children who had a higher Body Mass Index (BMI) had a higher chance of presenting with complaints of neck and back pain. A separate study performed by Van Gent et al in 2003 found that children who spent less time participating in organised sports through various local sports clubs also had an increased incidence of neck and back pain. This suggests that children that spend more time playing sports and have a higher level of physical fitness may have better chances of avoiding neck and back pain throughout the course of the school year.

The method of bag carriage has also been shown to increase the likelihood of neck and back pain. Children who tend to carry backpacks with one strap instead of two had a higher likelihood of reporting pain, while another study found that children who had carried a backpack that was more than 10% of their body weight, also had a higher likelihood of complaining of back pain (O’Sullivan et al, 2017). However, as consistently weighing your child’s backpack may not be a practical approach, it may be easier to change how the child carries the backpack, or the duration for which they must carry it.

However, with that in mind, Haselgrove et al in 2008 found that regular loading of the spine with light weight from a backpack coupled with gentle exercises caused an increase in strength and endurance of spinal musculature, which in turn caused fewer reports of back and neck pain. The study performed by O’Sullivan et al in 2017 also showed that students who walked or cycled to school on a regular basis had a reduced likelihood of developing neck pain over students who drive to school daily.

To help children and adolescents avoid back and neck pain over the course of the school year, it is important to encourage an active lifestyle. Whether that be through facilitating exercise by joining sports teams, or by encouraging them to walk or cycle to school wherever possible. It is also important to carry bags with both straps and that a disproportionately heavy backpack may cause pain in the long run.

If you are concerned your child is experiencing back or neck pain get in touch with one of our expert physiotherapists and book your appointment to have it checked out.