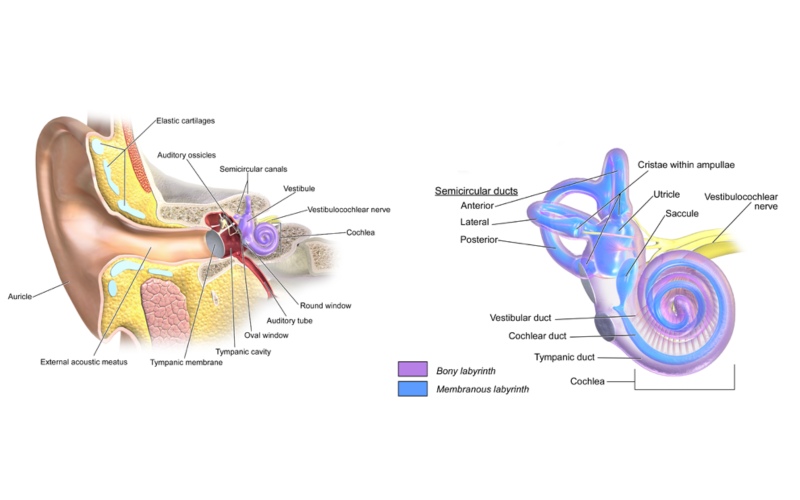 Our specialist physiotherapist, Lee Chambers, at PMC Physiotherapy Dunboyne tells us about BPPV symptoms and causes.

BPPV or benign paroxysmal positional vertigo is characterized by episodes of vertigo when the head is moved. It is the most common disorder of the inner ear, accounting for up to 42% of vertigo cases diagnosed in the primary care setting (Chen et al, 2020).

BPPV occurs when degenerative debris from the utricle ends up in the semicircular canals of the inner ear. Normally, when the head moves, a message is sent from the inner ear to the brain and the brain will respond to these messages to allow you to maintain your balance and sense of where you are in space. In the case of someone with BPPV, the debris changes the message sent to the brain, which adversely affects the way it is able to respond, resulting in vertigo.

Patients suffering from BPPV will describe episodes of rotating vertigo that are provoked by changes in head position in relation to gravity. Examples of these movements are turning in bed or bending over to tie shoelaces. These episodes are brief, usually lasting less than 40 seconds. The vertigo is sometimes associated with nausea, vomiting and sweating. Some patients will describe a vague full feeling in their ears but it is not usually associated with hearing loss or tinnitus like some other vestibular disorders. Some patients will also describe a milder dizziness or unsteadiness. This will sometimes be as a result of the BPPV or they may be suffering from another vestibular disorder along with the BPPV.

What are the risk factors?

Recent studies have also shown that patients with migraine (Kim et al, 2018) and those that have suffered head trauma (Kim et al, 2019) were at risk of suffering from BPPV.

If you you are experiencing any of the symptoms described and think you may benefit from vestibular rehabilitation contact us at PMC Physiotherapy Dunboyne and get it checked out.